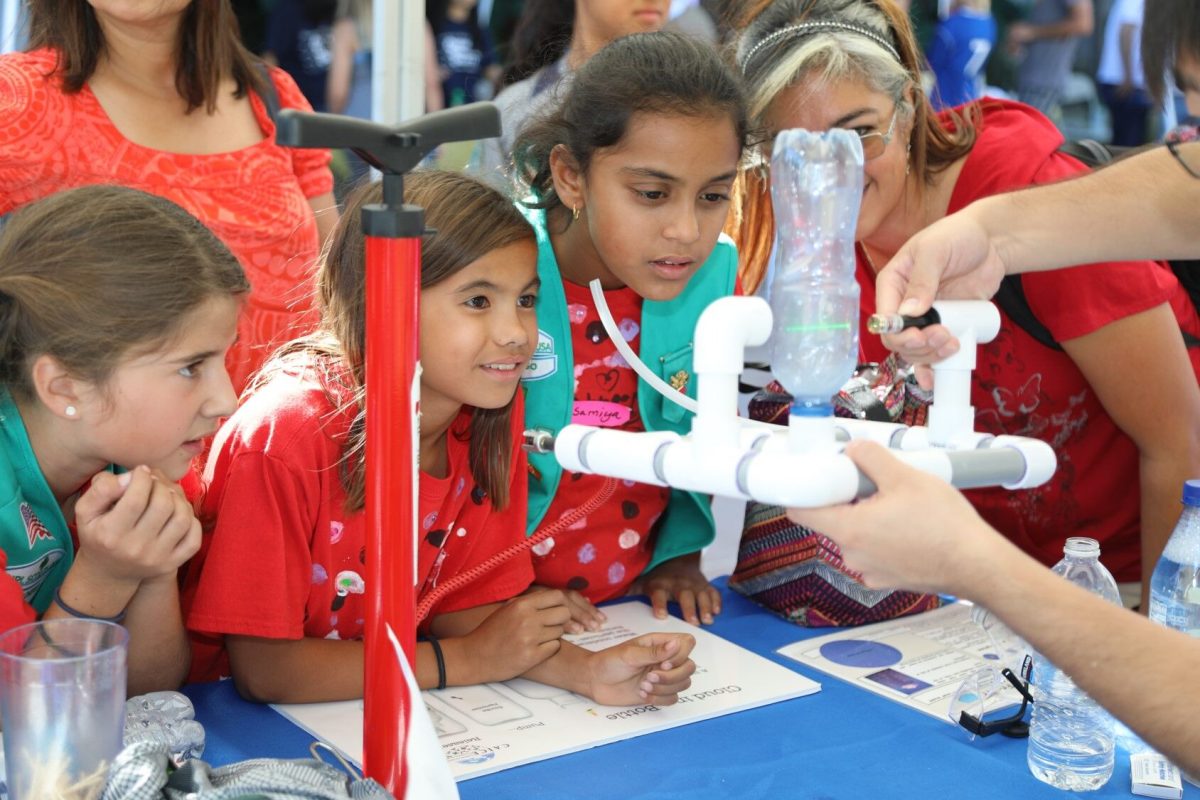 Members of CAICE have been actively getting out into the community­­­­ to discuss their research and excite kids about science.  Several CAICE graduate students and postdocs participated in Expanding Your Horizons (EYH) Conference in San Diego this year, a day of demonstrations and workshops targeted at fostering excitement for STEM subjects among young women and girls.  The workshop included both hands-on demos and more formal presentations to the attendees.

Announced this week, CAICE graduate student Doug Collins has been honored with an Outstanding Student Paper Award for his poster presentation on the “Biogeochemical Influences on the Mixing State and Cloud Activity of Sea Spray Aerosol” at the American Geophysical Union 2012 Fall Meeting last December in San Francisco.  This award is given to the top 3-5% of all student presentations in each subject section at the Fall Meeting (which is attended by about 20,000 scientists from around the world).  Doug was one of 17 students honored in the Atmospheric Science section this year.

The 30th anniversary of the Informal Symposium on Kinetics and Photochemical Processes in the Atmosphere, held this year at Caltech, is an annual gathering of atmospheric chemists in Southern California.  CAICE Director Kimberly Prather gave the opening lecture covering a synthesis CAICE research on sea spray aerosol to date.  This year’s installment of the Symposium celebrated the careers of Prof. Roger Atkinson and Prof. Janet Arey, who will be retiring from the faculty of UC Riverside later this year.  CAICE graduate students presented posters on their recent research efforts.  First-year graduate student Steve Schill of the Bertram Research Group also presented his research on the spontaneous formation of marine organic colloids, and third-year graduate student Michelle Kim discussed her work in adapting the CI-TOFMS for rapid analysis of gaseous alkylamines.

Michelle Kim and Timothy Bertram. “Characterization of a high pressure, chemical ionization time-of-flight mass spectrometer for the measurement of alkylamines in the marine boundary layer”