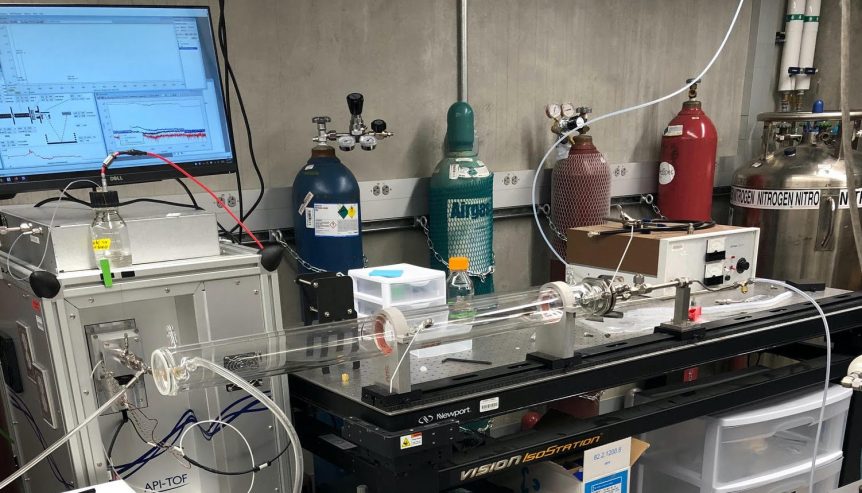 Roughly halfway through my first year as a PhD student at UCSD, I had a moment that would change the course of my whole career.

I remember it so vividly: Sitting at the dining table in my apartment, eating a cheese omelette with some coffee for breakfast, I thought to myself that I should head into the lab soon. And then, I started bawling.

Even though I never wanted to admit it, I’d been unhappy for a while.

I had noticed in undergrad that I wasn’t quite as passionate about my project as my peers, but I brushed it off, thinking that it was just a difference in personalities. Instead of considering that this might be a reason to switch tracks, I shoved it down further, convincing myself that it was too late to make such a big change.

Sitting there with my now cold breakfast, I thought about the long 4+ years ahead of me, about how utterly disinterested I was in my work, and I realized I couldn’t keep lying to myself.

Let me backup a little…

When I moved to San Diego to start my PhD, I felt like my life was officially on track and that my career was set. I had studied inorganic synthesis for 4 years in undergrad, and had dreamt of becoming a tenure track professor.

At UCSD, the first quarter as a PhD student is spent taking classes, teaching, and most importantly, rotating in different labs to determine which is the best fit for you. I was told that you should take these rotations seriously, because finding a good fit is what makes or breaks your PhD.

I, being an overconfident and stubborn first year, mostly ignored this advice to explore my research options.

I did rotate, but it was mostly just to learn about different techniques that I could use in the lab I had already chosen. If I’m being completely honest with myself, I probably looked down my nose a bit at people who changed paths at the start of or during their PhD. I thought it was either a sign of carelessness or immaturity.

In hindsight, it was this toxic mentality that stopped me from pursuing something I was truly interested in.

Since I had such a bullheaded, all-or-nothing mentality, I felt like switching labs was not even an option to consider. I told myself, ‘It was already too late’ and ‘It would be career suicide’. But I couldn’t deny how unhappy and unfulfilled I was.

I decided that I must be the problem, and that maybe I just wasn’t cut out for a PhD in chemistry at all.

This may seem like a very dramatic and poorly-thought-out decision, and you would be correct. It was reactionary. But, as someone who had put their entire self-worth into this one path in life, I didn’t have the clear-headedness to think in any kind of positive way.

I already felt like I had wasted everyone’s time by even coming to graduate school, and I felt an immense amount of guilt for my undergraduate advisor, who had always supported my dreams of graduate school in absolutely any way she could. Ultimately, I felt like one big letdown to everyone around me. Completely cutting ties felt like the only way I could even begin to fix my mistakes.

After a long talk with my parents, I decided to leave graduate school.

While everyone around me did their best to be sympathetic, deep down I knew they didn’t really understand why I wanted to leave, and it was really lonely for a while. I asked my undergraduate advisor what she thought, and while being understanding and kind, she ended her reply by saying, ”At the end of the day, if you stick it out, no one can take away the ‘Dr.’ in front of your name”.

I distracted myself by trying to figure out what I should pursue instead, but I was deeply discouraged, feeling truly worthless to have put so much effort and hard work into something I felt I ultimately “failed” at.

A few weeks later, the professor I had been teaching for that quarter emailed me asking if I would be interested in staying just a bit longer to teach over the summer. I decided that it was a good idea, and in hindsight it gave me just enough space to breathe, and to really consider what I was giving up by leaving.

The weekend had come, time to move all my possessions back home, save some clothes and miscellaneous supplies for the next month. Sitting at lunch with my mom, she asked me one more time, “Are you sure you want to do this?” and the answer was no. To be completely honest, to this day I don’t really know how I came to that conclusion, but I ultimately decided to stay and switch advisors.

Whatever made me stay, I am thankful for it.

When looking for a new lab, I paid more attention to how I actually felt about the projects I could be a part of, focusing more on the journey of graduate school and less about the destination.

Now I am in Professor Nate Slade’s lab, working on a project I am truly passionate about. I have also had the wonderful opportunity to collaborate with CAICE. This is not to say that there was anything wrong with my previous lab, it was just not the right fit for me.

While my career plans may change, I am ultimately happy with my decision.

The primary reason I wanted to share this story is because when I was questioning what to do, whether to quit grad school or not, I didn’t really have anyone to calm me down and talk me through this choice.

Of course my friends and family helped as much as they could, but I didn’t know anyone who had actually gone through this process, and most of the graduate school advice online is focused on dealing with imposter syndrome.

I hope my story reaches someone who is struggling with big decisions about graduate school to let them know they are not alone.

I can’t help but wonder how many people ended up not finishing their degrees for the same reason, and who could have pursued something they really loved, had they felt able to talk about what was going on. I hope this opens up discussion of this issue on a larger scale.