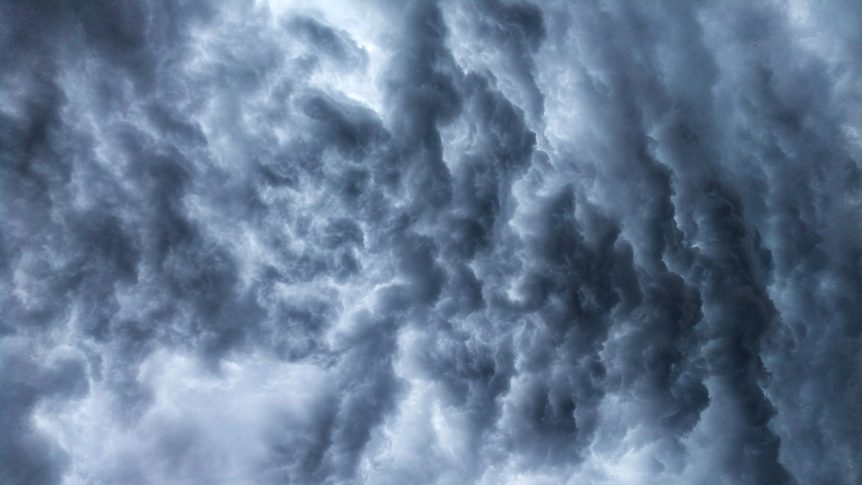 In the grand narrative of the human species, the weather has always seemed the will of the divine, an inconceivably powerful force that could cause crops to wither and drown entire cities. For millennia, cultures around the world worshipped storm deities in an effort to win their favor. From the Indian lord of thunder, Indra, to the Mesoamerican Tlāloc, to Zeus, the king of the Greek Pantheon, the weather was a plaything of greater powers.

But in the 1940s humanity seemingly brought this force too under its control with the development of cloud seeding, a process that allowed us to coax the heavens into producing rain. However, cloud seeding proved to be an inconsistent and occasionally volatile technology, so much so that its military use was banned by an international treaty in 1977.

And so the weather once again evaded us, slipping back into the realm of that we have yet to fully understand.

But this elusiveness hasn’t perturbed scientists like Liora Mael, a graduate researcher in the Grassian Group at UC San Diego, who is currently decoding how the seas govern our clouds and climate.

Water and ice are key components of our weather and though a vast majority of global evaporation comes from our oceans, this is only part of the story. Unlike the water we’re familiar with, atmospheric water droplets are incredibly pure and don’t freeze at 0°C. As Mael explains, though freezing becomes thermodynamically favorable below 0, water molecules have trouble orienting themselves into the rigid hexagonal geometry of crystalline ice. As a result, on their own, these super-pure atmospheric water droplets will instead supercool as a liquid before finally solidifying at -38 degrees Celsius.

It is only thanks to microscopic aerosols known as ice-nucleating particles or INPs, which help these water droplets along in the freezing process, that ice crystals are able to form at warmer temperatures and in regions where the atmosphere doesn’t drop to these extremes. There are several theories about how exactly they do this, one being that they have similar molecular structures to ice-oriented water molecules, and once enveloped in cooling droplets they act as a starting point for freezing. It is these particles that were utilized in early cloud seeding efforts to entice precipitation.

There are a variety of particles that can act as INPs ranging from minerals to organic matter, though they appear to influence freezing in different ways.

Mael is particularly interested in marine ice nucleating particles, many of which are biological and originate from the sea-surface microlayer, a microscopic film of microbial detritus that floats atop the world’s oceans.

Once ejected through the disturbance of a crashing wave or churning tide, these marine INPs drift up through the atmosphere, acting as ice seeds that initiate ice crystallization en masse, creating and shaping entire clouds.

These clouds, in turn, wield enormous power over our climate as they interact with radiation from the sun by trapping or reflecting it depending on their albedo or solar reflectivity. Location is also significant as cloud coverage determines whether radiation is absorbed by marine heat sinks or rapidly dispersed by terrestrial landscapes. On top of this, cloud composition also relates to precipitation production, dictating quantities of rain and snowfall. And all this comes at the behest of microscopic aerosol particles.

Given that INPs hold such sway over cloud formation, their role in where, what type, and the manner in which clouds form have hugely important implications for weather and climate. According to Mael, the overall effect of marine INPs on the Earth’s radiative budget is poorly understood and though climate change is certainly accelerating, we don’t yet know the complete role these aerosols play.

And much of what we do know comes from  CAICE (The National Science Foundation Center for Aerosol Impacts on Chemistry of the Environment). CAICE has made huge strides in deciphering what we now know about ice nucleation and its impacts. For her part in this legacy, Mael continues to be captivated by her work, finding beauty in the unknown and the “space to ask questions and fail but then in that failure find something interesting”.