The atmosphere is an ocean of molecules floating around, mixing, reacting, and sustaining life with each other. Among this vast expanse of atmospheric gases, tiny liquid and solid particles masquerade in the guise of aerosols. At the interface where the busy atmospheric gasses meet the surface of the ocean or an aerosol, an even more complex story evolves. A story that has caught the attention of scientists at the NSF Center for Aerosol Impacts on Chemistry of the Environment (CAICE), as they are studying these interfaces and their significance in our changing climate.

“Whether it’s by reactions in the ocean, or sea spray aerosols (SSA). As [aerosols] mature over time, concentrations change, reactions occur, and you can have new species formed and emitted. It is kind of like understanding with all different aspects, how these aerosols impact our air.”

CAICE graduate student Tom Derrah took the time to meet with me and explain the amazing chemistry that happens at gas-liquid interfaces and its atmospheric relevance. Gas-liquid interfaces occur at the surface of liquids that are exposed to a gas. They serve as a field for interactions between gaseous and aqueous molecules, so they can occur on top of the ocean or at the surface of an aerosol.

The research at CAICE supplies knowledge about how the environment controls air quality, Derrah said. Researchers are observing how gasses can react at the surfaces of aerosols and the ocean, and how that affects the air that we breathe everyday.

Scientists at CAICE that study reactions at gas liquid interfaces choose the molecules they study because they are interested in their relevance to air quality. Some of these molecules can affect respiratory health. 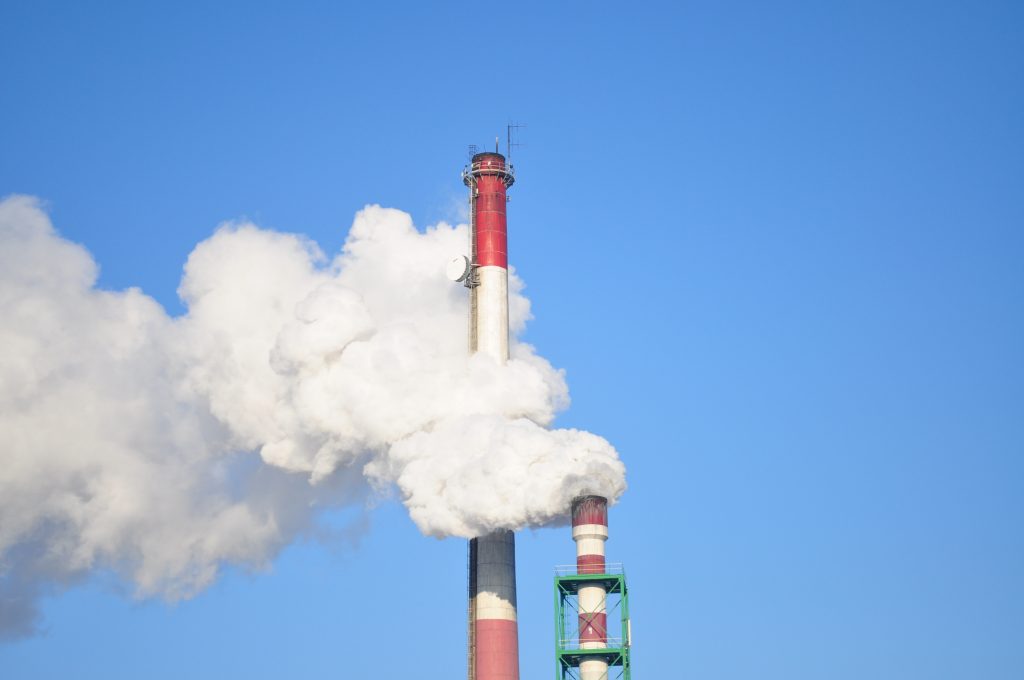 “Exposure to ozone with sizable concentration over several hours, or a lifetime, can cause serious lung damage. A lot of this stuff is gaseous so you breathe it in, and where it’s going to affect you the most is in your lungs.”

One such molecule is ozone. The naturally occurring ozone layer in the stratosphere absorbs ultraviolet light rays from the sun, according to the EPA, but when ozone occurs below the stratosphere it can be a harmful molecule to people with respiratory issues like asthma. This ozone is produced from NOx molecules and volatile organic carbon (VOC), and it can also have environmental impacts

“Ozone is the vacuum cleaner of the atmosphere. If you have less ozone then you have all these other species that are in the atmosphere that are at higher concentrations.”

Ozone is a precursor to the OH radical. A chemical species that can oxidize “anything and everything.” The strength of this oxidant means that VOC’s will tend towards CO2 in the presence of ozone or the OH radical.

Another molecule is N2O5, a nocturnal species that sinks to water, resulting in loss of NOx,  which in turn has an impact on the amount of ozone in the atmosphere. Derrah explained that because N2O5 plays a role in NOx and VOC cycling, when N2O5 is lost to aerosols in the atmosphere, it impacts ozone and NOx levels.

To study chemistry at surfaces, CAICE researchers start by observing how a molecule behaves at the surface of a pure water sample. In doing this, they are hoping to get a total groundwork of how this molecule behaves in pure water, as they look at things like reaction kinetics, temperature dependence and solubility.

With the base knowledge of the molecule in pure water, researchers are able to build up the system by adding in more species to the solution. They can add things like ions, organic molecules, or enzymes to mimic more complex systems, like aerosols, that occur in the environment.

“We’re starting with a basic pure water aerosol, but in the real world those aerosols are very complex, they have a whole lot of stuff in them. So we’re trying to just build up these aerosols slowly over time.”

By adding in these species, scientists can see changes in the reaction rates or products. Derrah mentioned that certain reactions occur faster in certain phases, as some reactions only occur in the gas phase or only occur at a gas liquid interface. Researchers can compare the rates of gas phase and heterogeneous reactions.

Taking this perspective to molecules like N2O5, researchers at CAICE would expect that adding ions to the solution should result in more reactions occurring. However, only about 3% of collisions at a surface result in irreversible loss of N2O5, so it is likely a rate limiting step occurs that sets a maximum of how much will react.

To date, CAICE scientists don’t entirely understand the mechanism of how N2O5 reacts, as the previously used model disagrees with recent computations from CAICE. The current model is based on a resistor model, Derrah said, which assumes a molecule faces resistance from other gas molecules blocking it when approaching a surface.

Using a resistor model for the surface adsorption of N2O5 implies that the rate limiting step could be the dissociation of the molecule into NO3 and an NO2+ ion. However, researchers are now beginning to believe that the molecule places partial charges on each nitrogen atom, and the positively charged nitrogen becomes the site of substitution for water molecules.

“What we’re seeing experimentally is a way to explain why we have a rate limiting reaction step that isn’t affected by our ion concentration in the water.”

While CAICE primarily studies N2O5 at the surface of aqueous aerosols, understanding reactions of these molecules at surfaces can serve as a framework for observing other atmospherically relevant molecules. Thus, CAICE can use what it’s learning at interfaces to better understand air quality with respect to all sorts of molecules.

“I’ve kind of taken it from the lens of trying to characterize what happens in the environment, what kind of chemistry goes on in the world and just understand that. If I can find a solution to a lot of our problems, great. But if not, I can at least start some ground work for other people to find solutions to some of these problems.”