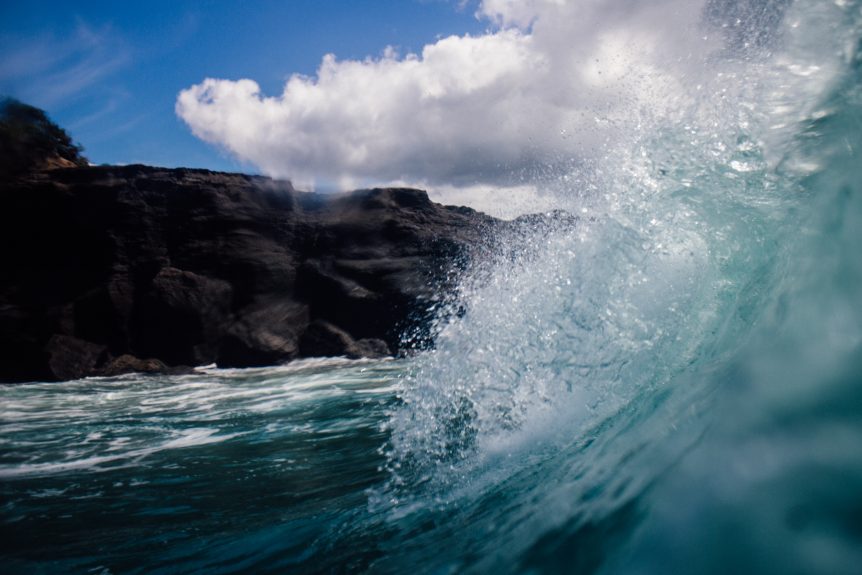 An ancient Eastern parable describes the difficulty of identifying an elephant in a dark room if you are only able to feel one part of the animal and are unaware of what others in the room are “feeling”.  This parable has parallels in the study of atmospheric aerosol – analysis of small particles suspended in the atmosphere will reveal different stories when examined with different instruments, and scientists working in isolation cannot fully comprehend this system.  The study of atmospheric aerosol often requires scientists from different backgrounds working closely with each other using a wide variety of tools.   The current measurement campaign at the wave channel facility of UCSD provides for such collaboration.

Aerosol particles play a critical role in global climate because of their ability to reflect or absorb sunlight.  On one hand, the particle-light interaction is significantly enhanced when particles grow to become cloud droplets by taking up water vapor, while on the other hand the further growth of clouds droplets to form precipitation can remove aerosol from the atmosphere and significantly decrease aerosol interaction with sunlight.  Characterizing the properties of particles originating from different sources, particularly with respect to their ability to form clouds and precipitate, can help us stitch together a comprehensive picture of the role aerosol particles on global climate. 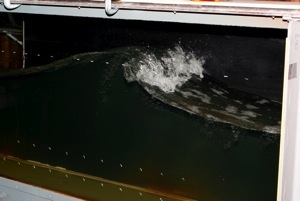 A replica of a breaking open ocean wave produced in the ocean-atmosphere chamber at the SIO Hydraulics Lab.

In this study, we concentrate on the contribution of one major natural global source of particles – ocean waves.  Particles produced from ocean waves, especially in the presence of biological material, may be especially active as cloud condensation nuclei and ice nuclei.  The wave channel facility at UCSD/SIO produces realistic and repeatable wave conditions that enable measurements at a range of time scales and with a wide variety of physical and chemical probes.  Our contribution to the experiment is in the form of two instruments that provide high time resolution sizing of particles smaller than 1 mm.   Particle size plays a critical role in determining the lifetime of particles, attractiveness to uptake of water vapor and other gas-phase species, and extent of interaction with light. Our measurements of size distributions, combined with data from other probes, will help establish the properties of particles from an important global source of aerosol and we are very excited to see what the data will tell us.