Particles are a ubiquitous feature of the atmosphere. These particles impact climate in two main ways: they scatter and absorb sunlight and they influence the properties of clouds. By scattering sunlight back to space, particles act to cool the planet. 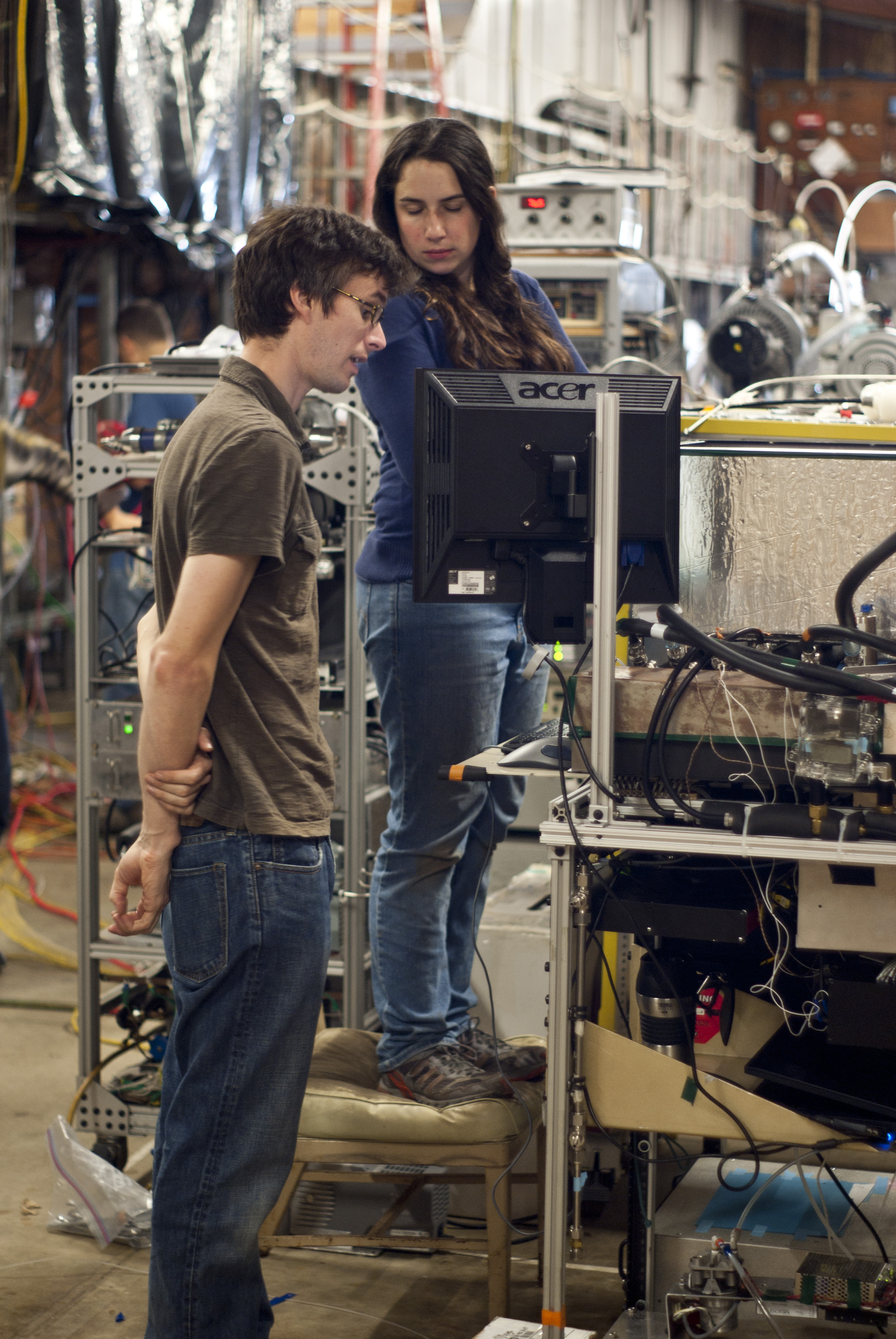 Prof. Cappa and student Sarah Forestieri working on their Cavity Ring-down and Photoacoustic Spectrometer system at the Hydraulics Lab.

How much sunlight an individual particle scatters depends on both the size and the composition of the particle. The bigger the particle, the more sunlight it can scatter (just like if you held a bowling ball, a baseball and a ping-pong ball in front of a flashlight, the bowling ball would take out a bigger chunk of the light). However, the number of “big” and “small” particles in the atmosphere is not equal; there are usually many more small particles than big particles and thus particles of all sizes can influence climate. (Sort of like if you had 10 baseballs but only 1 bowling ball in front of your flashlight.)

One important question is how do the plants and other organisms growing at the ocean surface affect the composition of sea-spray particles. They likely make the particles less hygroscopic, but what is unknown is by how much? During the CAICE intensive, we will be working to measure how the addition of different ocean-dwelling organisms, such as  phytoplankton, to sea water influence the light scattering and water uptake by the sea-spray particles. Through this work, we will learn how human activities that modify the frequency of things like algal blooms influence climate by changing the properties of sea-spray particles.

Of course, we shouldn’t forget that particles can also absorb sunlight, but that’s a story for another day!