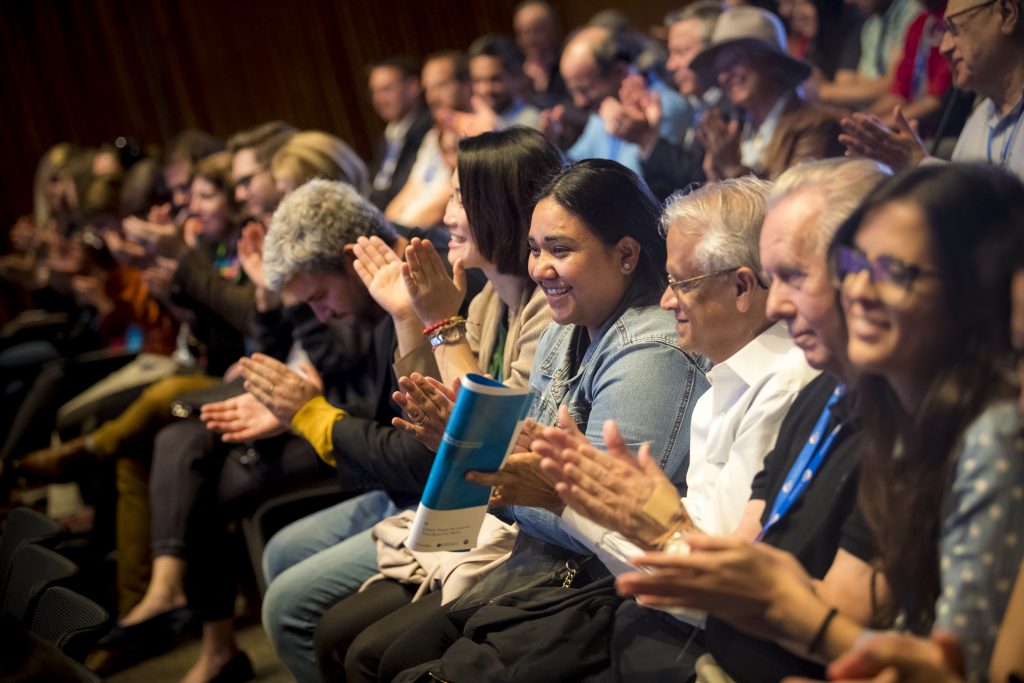 Colleagues and former students gather to recount accomplishments and contributions to society.

Professor Mario Molina has led an illustrious career in science to date.  Most well-known for his early work in understanding the damaging influence of chlorofluorocarbons (CFCs) on the stratospheric ozone layer, for which Molina shared the 1995 Nobel Prize in Chemistry with F. Sherwood Rowland and Paul Crutzen, he has continued to break ground on modern scientific problems such as the nucleation of ice in clouds.  More recently, Molina has been recognized for his work on the political and social impacts of climate change by President Barack Obama with the Presidential Medal of Freedom and also by French President Francois Hollande through the Order of the Legion of Honor — each of these awards is the highest civilian honors presented by the respective nation.

Colleagues and former students gathered at Scripps Institution of Oceanography for a symposium in honor of Prof. Molina’s many accomplishments and great influence on chemistry, our environment, and science-informed public policy.

On Monday, May 12, Prof. Molina’s colleagues and former students gathered at the Scripps Seaside Forum to honor his accomplishments.  The morning session of speakers discussed his earlier work on CFCs and its impact on perhaps the most successful international environmental agreement to date: the Montreal Protocol of 1987.  The afternoon session was focused on Prof. Molina’s role as a scientific mentor and teacher to the many postdoctoral researchers and PhD student alumni.  Throughout each of the afternoon talks, which were given by Jon Abbatt, Uli Poschl, Thomas Koop, Scot Martin, and V. Faye Mc Neill (all noted atmospheric chemists in their own right), it became quite clear that Prof. Molina had a major influence on the wide variety of scientific endeavors of those he mentored.  Through their ensuing hard work and creativity, the seeds of ideas planted during their time in the Molina Lab have bloomed into many of the hottest and most intriguing topics in atmospheric chemistry today.  Late in the proceedings, all of the Molina Lab alumni presented their mentor with a commemorative plaque inscribed by each of them as a token of their appreciation.

Professor Molina with his students at his honorary symposium.