I am a 12 year old boy who is going into 7th grade at the San Diego Jewish Academy. I have two siblings named Rebecca and Jacob and a mother and father. Also, I have a pet dog named Rocky. I like playing basketball and watching shows like Sports Center, football, and basketball games.

This summer, I have been lucky enough to join the Scripps Institution of Oceanography for a volunteer chemistry week, July 21 – 25, 2014. During the start of the week, I worked with the wave machine. In the wave machine, we create waves, conduct experiments and detect particles. Some experiments included detecting particles while others needed very high technology. The main reason for having the wave machine is to have a simulation of sea spray. Sea spray is a big factor in world climate as it controls how many clouds form. I learned this week that the prediction on the amount that comes out of the ocean ranges from one to 1 trillion.  CAICE scientists are trying to learn how chemistry controls the amount of sea spray that makes its way into the atmosphere.

Most of the week, I was in the Marine Ecosystem Sensing, Observation and Modeling (MESOM) lab. There are two freezers in the lab – one is set at -80* C and the other is set 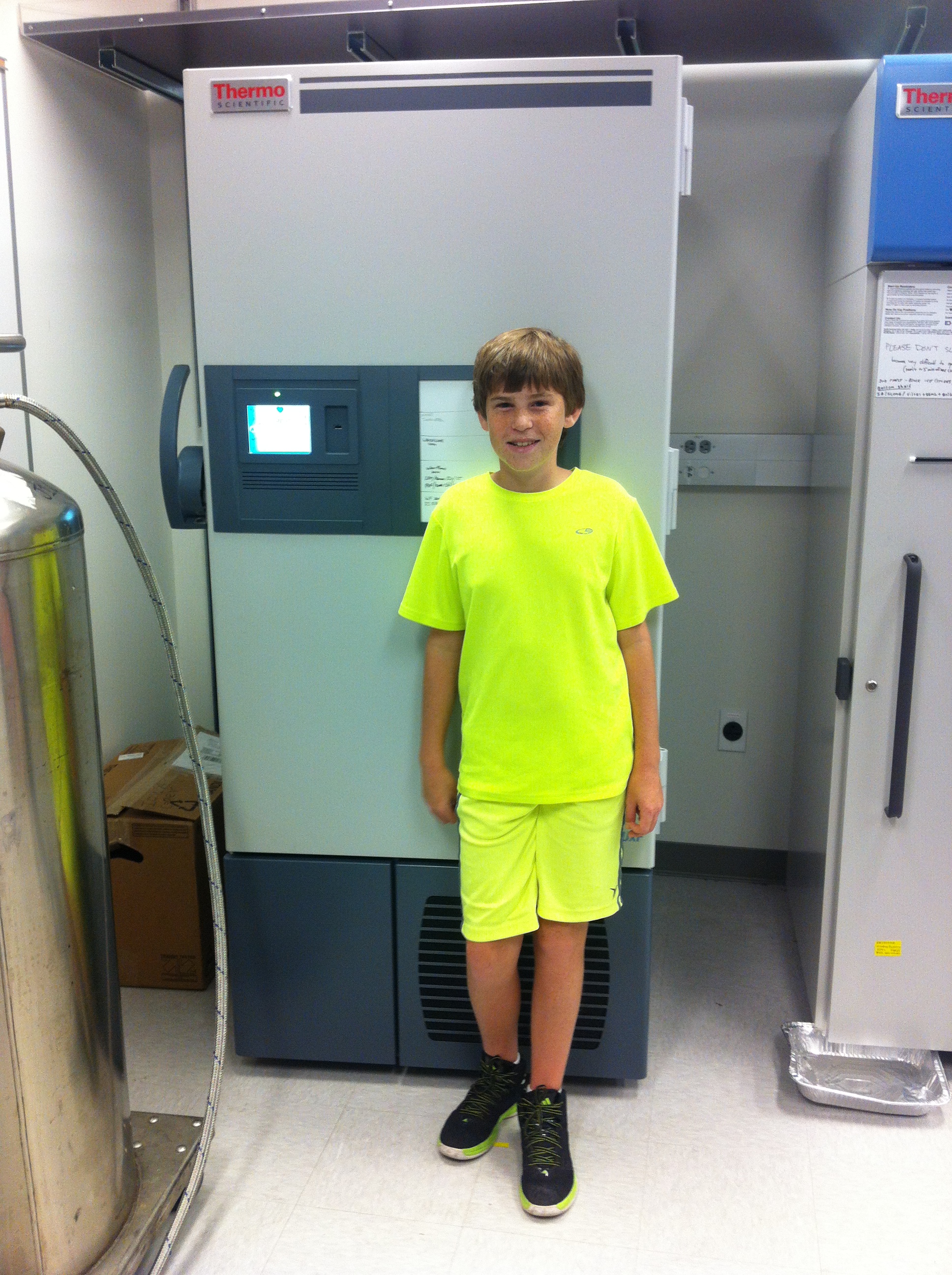 at -20* C. There is ice in the freezers and also samples or dyes used for detecting bacteria. One of the days, I took a ride on the truck that collects ocean water from the dock. Once the ocean water sample is collected, it is then brought back to the Hydraulics Lab (H Lab). We use the water in the wave machine, for outside tanks, and for other scientific purposes. The water we collect is filtered to the point where only viruses and bacteria remain in the water.

One important chemistry concept I learned about is the difference between a particle and a molecule. A molecule is just a mixture of atoms whereas a particle is more like a big mixture of molecules. For example, a molecule would be CO2 or H2O but a particle would contain billions of molecules mixed together. One thing that I learned a lot about are aerosols (many particles) which are a big question because of people predicting how many there are and because we don’t understand the climate effects from a single aerosol. An aerosol, also a particle and created by “ocean foam”, gets released into the air and carries bacteria and viruses up to six miles high into our atmosphere!!

Phytoplankton is a small plant that floats around in the ocean and is in the bottom of the food chain. It gets concentrated in a special layer of the ocean called the “sea surface microlayer.” Phytoplankton is important to our earth because it feeds the entire ocean and produces much of the oxygen we breathe.

The work conducted in the MESOM and H Labs is important because it will help us better understand our climate and the world. I really enjoyed volunteering in Dr. Prather’s lab and working with all of the graduate students. I learned a lot during my week and hope to come back next summer.